The university had 25,050 students in 2019/20, of which 20,105 are undergraduate students and 4,945 are postgraduate, making it the 30th largest university in the UK by total student population.

It is a member of the University Alliance, the Northern Consortium and the European University Association. 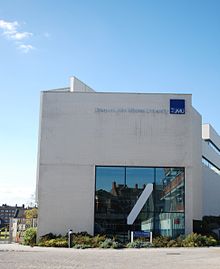 Liverpool School of Art and Design

School of Natural Sciences and Psychology

Faculty of Engineering and Technology